During the 2014 Consumer Electronics Show (CES) in Las Vegas, Epson announced its second-generation Moverio BT-200 smart glasses that include a transparent display, head motion tracking, and Wi-Fi. The BT-200 also has a built-in camera, 960x540 resolution, microSDHC card slot, and Bluetooth 3.0 - and will be released this March with a $699 MSRP.

Epson released the Moverio BT-100 first-generation smart glasses in 2011, when the technology was still in relative infancy compared to today. 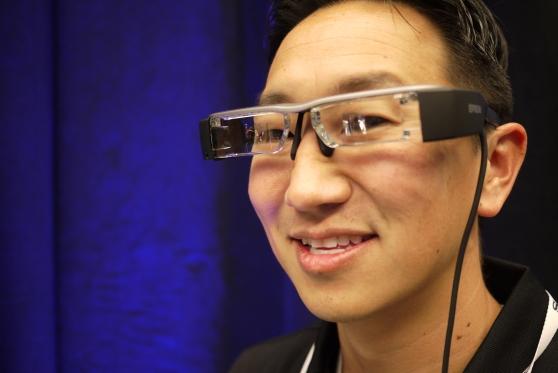