NewsReviewsArticlesGuidesGamingAsk the ExpertsNewsletterForums
GIVEAWAY: Get in the game with XPG - keyboard, headset and mouse pad
Storage

Storage Visions 2014 - Today we stopped by the Samsung Booth to take a look at some of their new SSD technology. Unfortunately many of the products they planed to show off were delayed by the blizzard that has crippled much of the US this week.

We did however get a chance to talk with Michael Willett who had the only 1TB Samsung 840 EVO SSD that was on display at the show. Michael showed off the drive as well as talking a little about the EVO series' built-in encryption. The 840 EVO series also won an Visionary Award at last night's awards banquet. 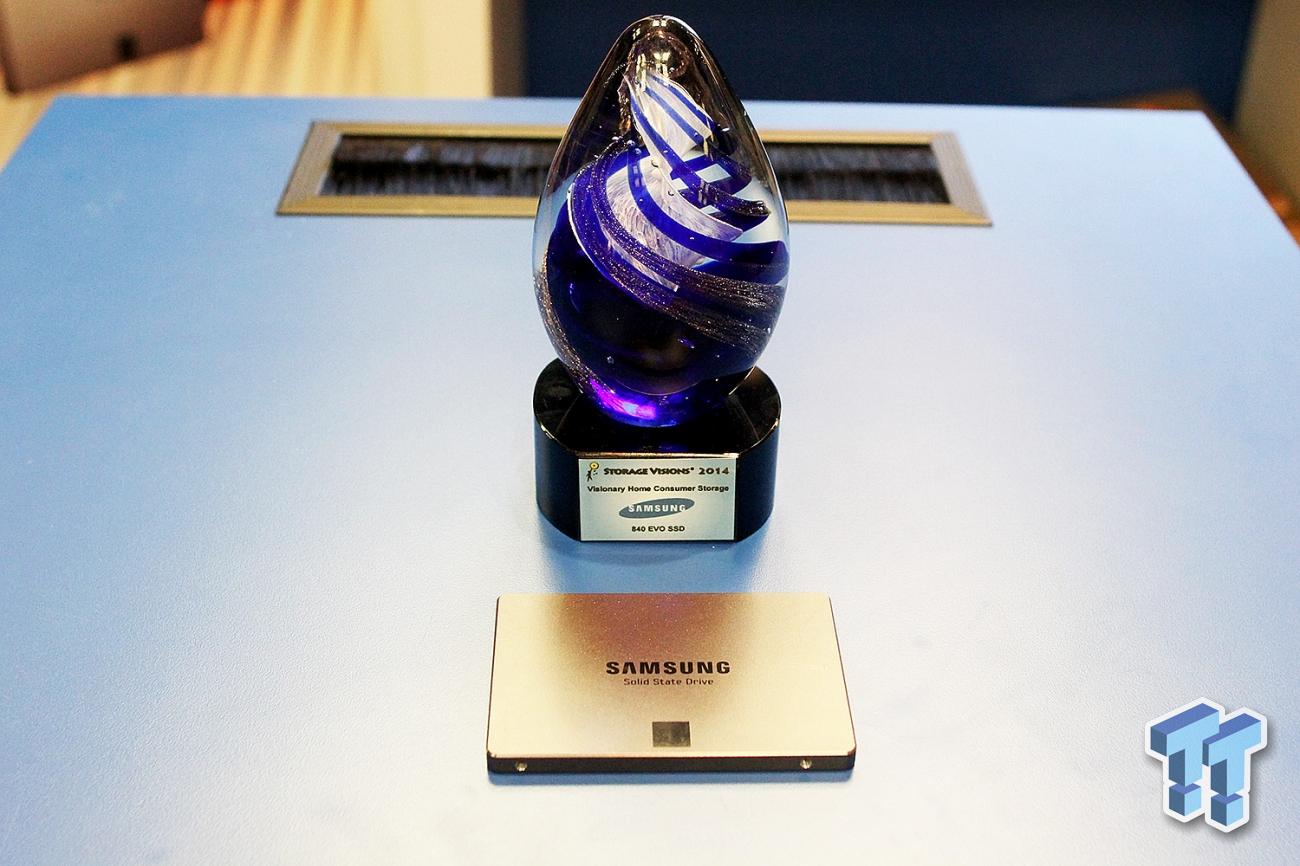