NewsReviewsArticlesGuidesGamingAsk the ExpertsNewsletterForums
GIVEAWAY: Gaming peripherals upgrade thanks to Corsair worth $280
Video Cards

CES 2014 - I'm still gushing over SAPPHIRE's Radeon R9 290X Tri-X GPU, which runs incredibly cool and has some serious overclocking headroom thanks to its impressive cooler, but MSI has just shown its new Radeon R9 290X Lightning GPU at CES 2014, which trumps the cooling on the SAPPHIRE card. 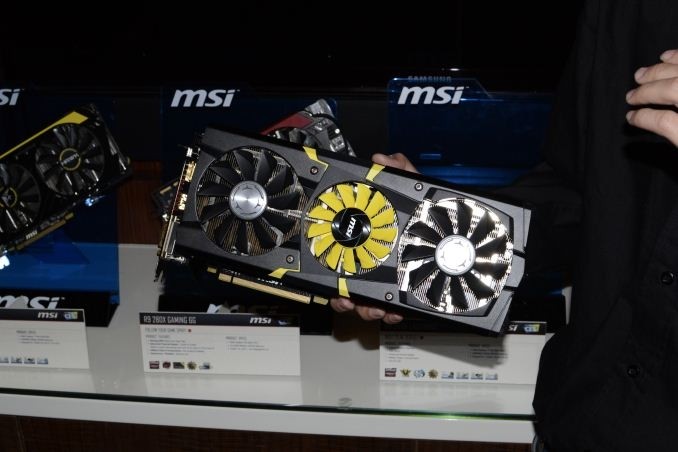 MSI has used a triple-slot, triple-fan design on the Lightning, which should keep the Hawaii GPU underneath nice and cool. It will also provide for some serious overclocking potential, but has a serious flaw - the triple-slot design. This will stop people from going for 3- and 4-way R9 290X Lightning rigs, which is unfortunate.