Storage Visions 2014 - Today Charles had the pleasure of stopping by the booth of a company who's directly responsible for almost every device you might be reading this on. SATA I/O's booth was fully decked out, and showcasing some of the hottest new products in the storage arena.

Everything from M.2 Testing connectors, to M.2 SSD Testing rigs, and even several M.2 SSDs as well were on display from various manufacturers. Personally SATA I/O's booth was one of my favorite of the show, and you could tell that the company put a lot of thought into building something that was not only eye catching but was informative and educational as well. 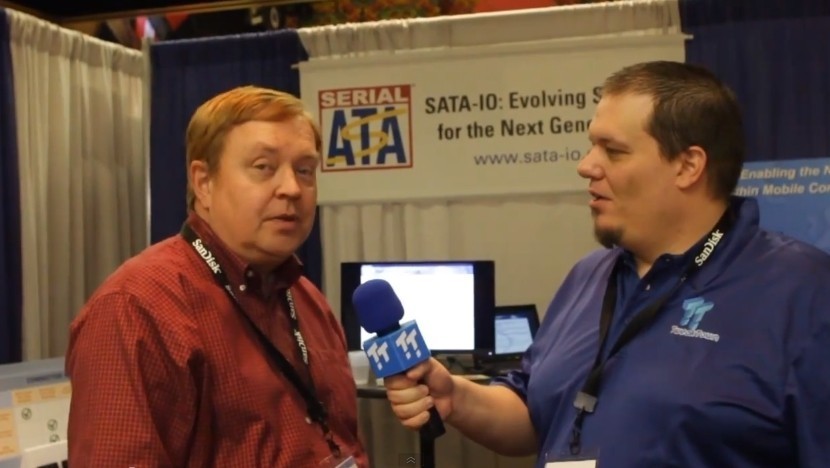