NewsReviewsArticlesGuidesGamingAsk the ExpertsNewsletterForums
GIVEAWAY: Gaming peripherals upgrade thanks to Corsair worth $280
Displays & Projectors

CES 2014 - Something we saw and loved when we were shown the technology in Montreal, Canada back in October was NVIDIA's G-Sync technology. The company has announced that the G-Sync monitor module - which works with specific displays - will begin shipping in Q2 2014. 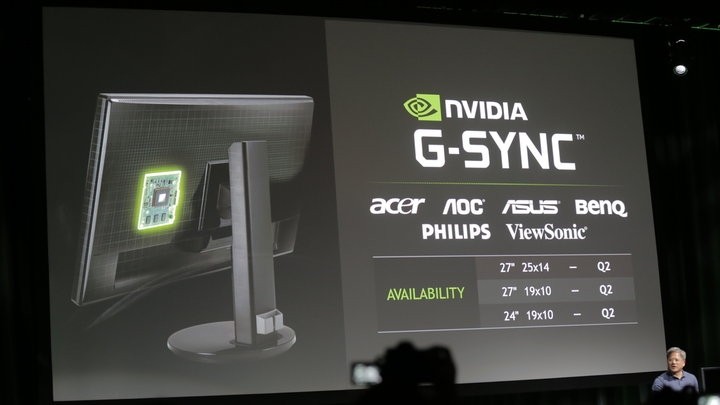 NVIDIA has partnered up with Acer, AOC, ASUS, BenQ, Phillips and ViewSonic, with these companies offering the modules in a few months time. If you haven't looked up or read about NVIDIA's G-Sync technology, it is capable of removing latency and image stuttering that happens with V-Sync. G-Sync was impressive to see in person, something that will benefit games who can't constantly hit 60FPS minimum in their games.