It looks like there is some untapped performance in the awesome AMD Hawaii-based GPUs, which is the silicon behind its flagship GPU, the Radeon R9 290X. The die shot below shows off a GPU which features as many as 48 CUs, which would see some 3072 stream processors (SPs). 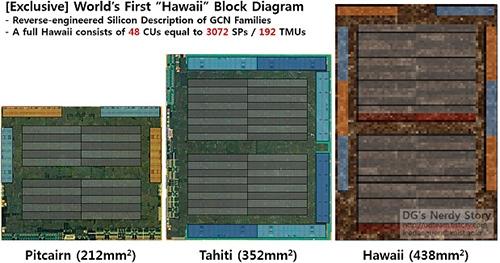 This would reflect to consumers as a new Radeon R9 290X, with 10% more performance, which would be nice. Right now, AMD has one of the fastest GPUs on the market with its Radeon R9 290X, and it would be even better with a third-party HSF, like the one we see on the very impressive SAPPHIRE Radeon R9 290X Tri-X GPUs.