EA's login is not working right now, with Origin logins completely broken right now for most. It looks like a hacking group known as "DERP" are responsible, who aimed their "Gaben Laser Beam" at the EA login servers, taking them offline. 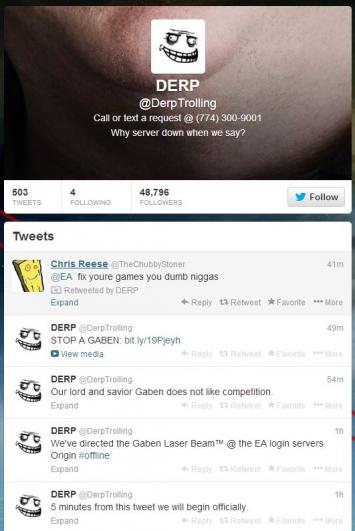 The hacking group said 5 minutes before it took EA's login servers down that "5 minutes from this tweet we will begin officially" and then minutes later, DERP tweeted "We've directed the Gaben Laser Beam @ the EA login servers. Origin #offline". Right now, I cannot access Origin, and my tears are flowing.