LG will be showing off its first iteration of WebOS for its SmartTVs at CES 2014, and thanks to @evleaks we have just gotten a sneak peak at what it may look like. @Evleaks posted the photo on its Twitter account this morning, and I have to admit that the UI does not look all that bad. 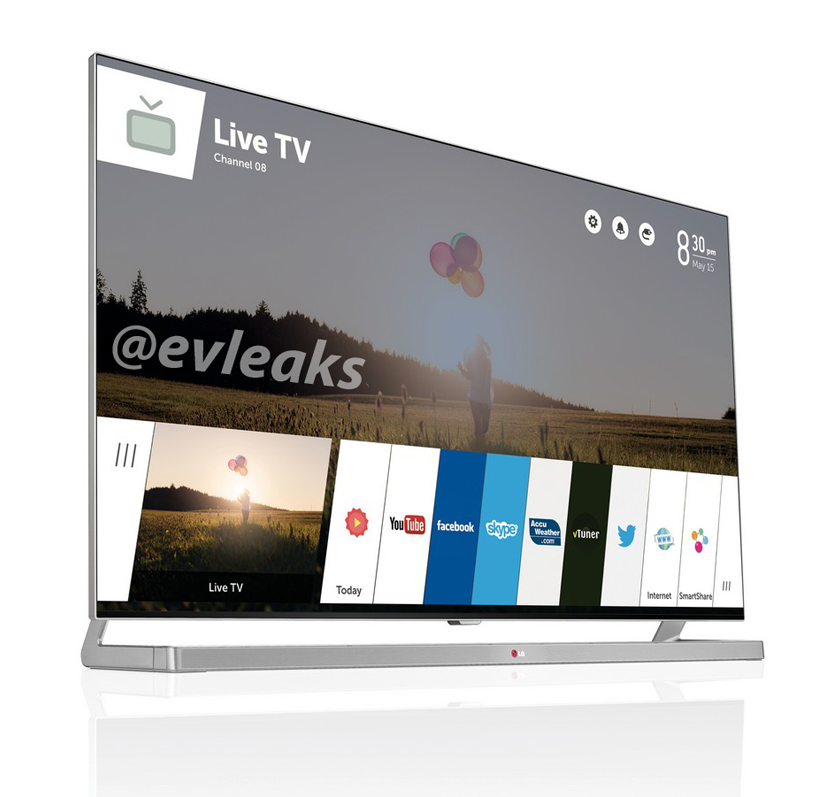 LG appears to already have apps created for all of the major brands including Facebook, YouTube, Skype, Twitter, and more which will go very far into helping the new smartTV OS become mainstream. The TV shown in the photo is said to feature a 2.2GHz dual-core processor and 1.5GB of RAM which may sound impressive, but many low-end smartphones have more computing power than that today.