Today Microsoft updated its OneNote app for Android which brings forward several features long requested by users. OneNote users on Android can now share notes as they would with any other piece of content on Android, the integration of native sharing also allows users to instantly upload their OneNotes to Microsoft's cloud service. 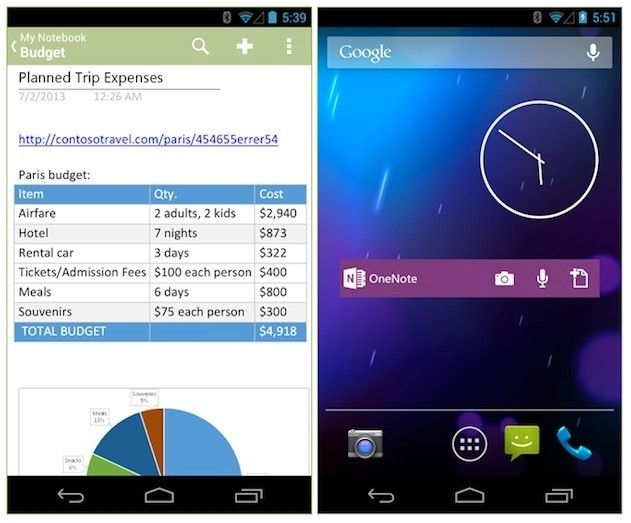 Additionally, Microsoft has built-in a new OneNote widget that Android users can add to any of their home screens. The widget allows users to view most recent images, recordings and notes as well as pin shortcuts to the home screen. The UI also got a few tweaks to bring it more inline with the Windows 8.1 version of the app.