There were rumors of this all the way back in September, but it looks like a 12.2-inch tablet from Samsung is becoming a reality. A photo of the 12.2-inch slate was posted on a Korean forum, with some specs. 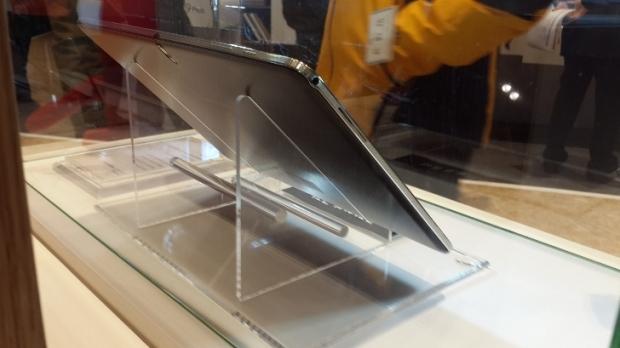 Now we have a report coming out of South Korea, stating that the new "Galaxy Note Pro" or "Galaxy Note 12" slate would launch early next year. ZDNet Korea is now reporting from an unnamed industry source that the slate will feature a massive 12.2-inch 2560x1600-pixel display, 2.4GHz processor, 3GB of RAM, a gigantic 9500mAh battery and Android 4.4 KitKat.

We should see this tablet at CES 2014 in just a couple of weeks time, where we will hopefully have some hands-on time with it.