2K Games has released a large patch patch for NBA 2K14 for the Xbox One and PS4, with this new patch improving gameplay features, and fixing some of the bigger bugs that the game experiences from time to time. 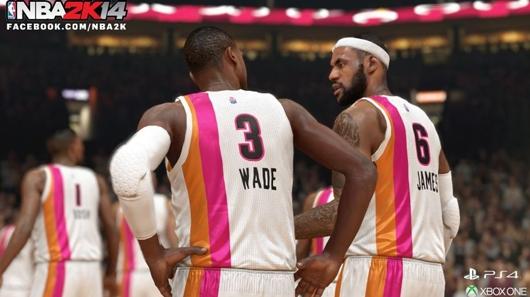 The developer promises fewer sudden disconnects when playing against other gamers online, as well as a fix for those long black loading screens that would annoy gamers when loading up the game. The bug that stopped players from moving past the All-Star break after playing through multiple seasons in MyCareer mode should also be fixed, too.

This new patch for NBA 2K14 should be hitting PS4s and Xbox Ones across the world, so check your console to see if there's any updates.