ASUS will be holding a press conference at CES 2014 in just a couple of weeks time, on January 6, 2014 in Las Vegas. The Taiwanese company will be pushing another "two-in-one" device.

You can see the teaser video above, which shows the Statue of Liberty sporting a tablet, which switches colors between green and blue. A caption shows up, asking "Green or Blue? One or Two?", so we should expect a dual-boot slate running both Windows, and Android. We've seen this before with ASUS' Transformer line of slates, but what should we expect for this new device? 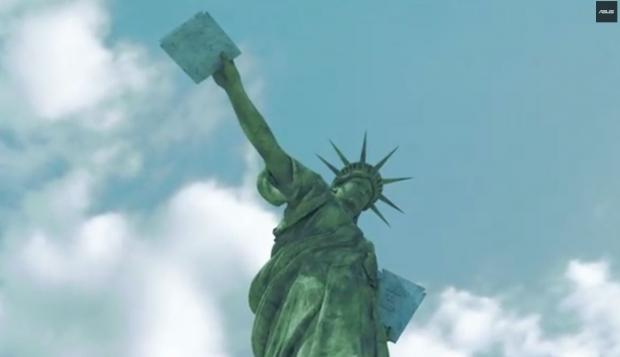