On the heels of the release of the new Mac Pro, Apple has began pushing out an update to its Final Cut Pro software. The update brings the software up to date with current trends in professional video editing. The update also optimizes Final Cut Pro to fully utilize the power that Apple has packed into the Mac Pro. 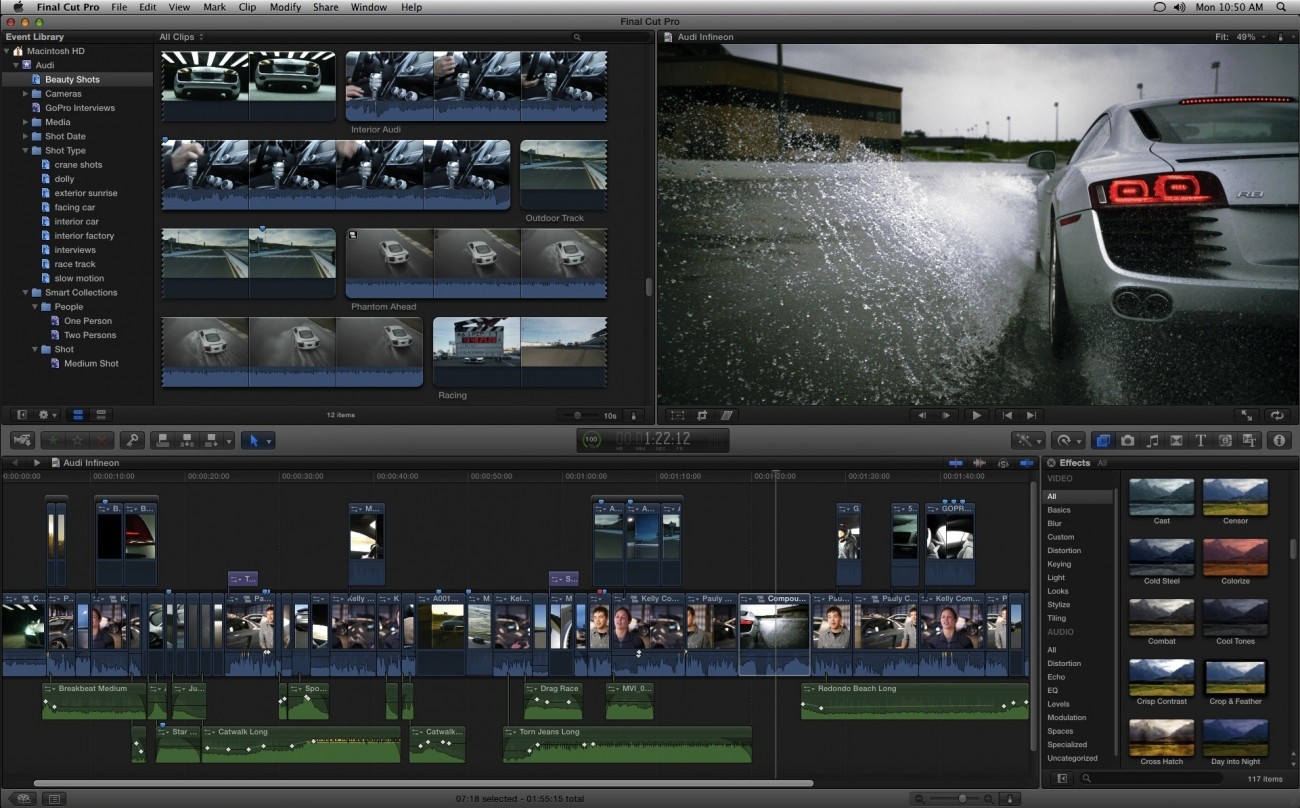 Final Cut Pro 10.1 adds support for 4K video, and features monitoring across Thunderbolt 2 and HDMI displays. Auto fade handlers have been added for each channel, and improvements have been made to workflow organisation via the addition of Libraries. A new API has also been added that allows users to build custom share options. Finally, the entire program has been optimized to take advantage of the dual GPU setup featured in the new Mac Pro. Head to the source link below to read the full change log.