Today NVIDIA announced an update to its GeForce Experience bringing the current version up to version 1.8.1. This new update comes less than a month after version 1.8 was released to the public, and brings forth Twitch streaming to ShadowPlay. 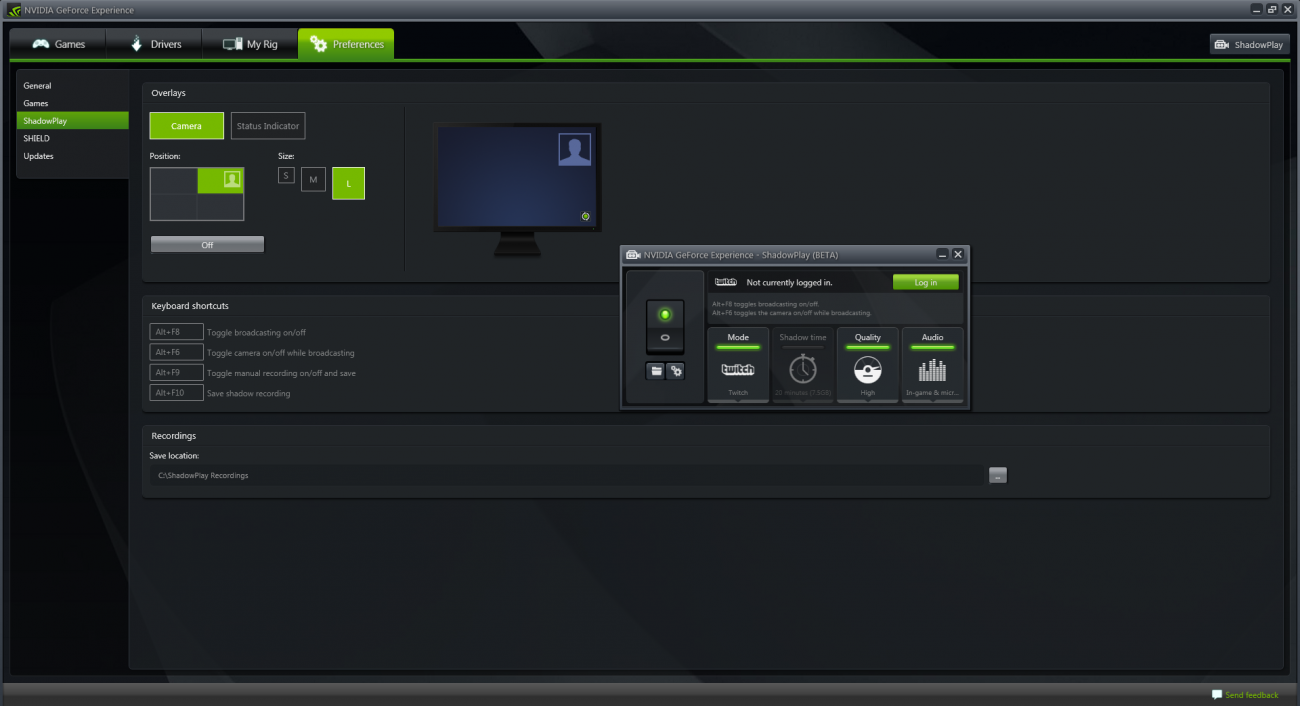 This new feature allows users to stream their games live on Twitch via NVIDIA Shadow Play, and include real-time commentary as well. NVIDIA says that ShadowPlay streaming to Twitch does not have any negative impact on gameplay due to H.264 encoding. "Broadcasting to Twitch has become an integral part of the gaming experience," said Brooke Van Dusen, Director of Business Development, Twitch. "We're extremely excited to work with NVIDIA to make Twitch live streaming available to GeForce Experience users. ShadowPlay is revolutionary, providing high quality streams with almost no noticeable performance impact for our users."