There are some multimillionaires out there thanks to the digital currency, Bitcoin, but now you can purchase a $7.85 million Las Vegas home with Bitcoins. A casino owner who is now a commercial developer, is selling the Vegas home, accepting Bitcoins as payment. 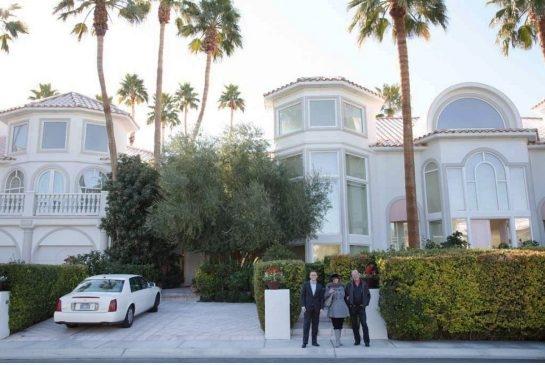 Jack Sommer said he thought of the idea to sell his $7.85 million mansion from his two sons, who make and trade Bitcoins. Sommer said: "The advantage is that we're expanding our market and adding some notoriety." The house itself sounds gorgeous, as it features marble from China, Iceland and Brazil, a full basement, staff quarters with Jacuzzis, and a secret garden. It also has 39 air-conditioning zones fed from a 120-ton cooling tower.

Back in January, Bitcoins were trading at $10, now they're trading at around $870. Transferring $7.85 million in Bitcoins, and then a flash crash happening a few days later, plummeting the real-world value of Bitcoins would hurt, a lot.