Its been almost a year since Yahoo first introduced its Weather app for Apple's iPhone. Today the company has announced that the app has been officially optimized for iPad as well. 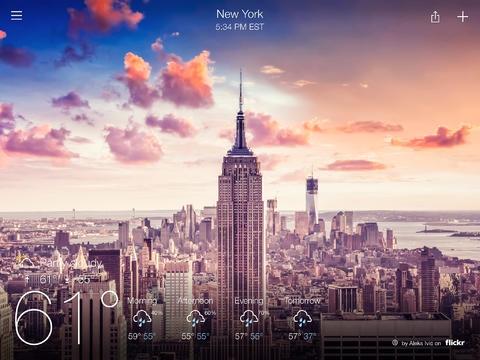 The Weather app has been huge amongst iPhone users, mostly for the fact that it integrates Flickr to display stunning background images on its local weather forecast. Yahoo says that now the app has been optimized for use on all iPad models and everything has been designed to dynamically scale up to the proper resolution. The release for iPad comes a few months after Yahoo refreshed the Weather app for Android.