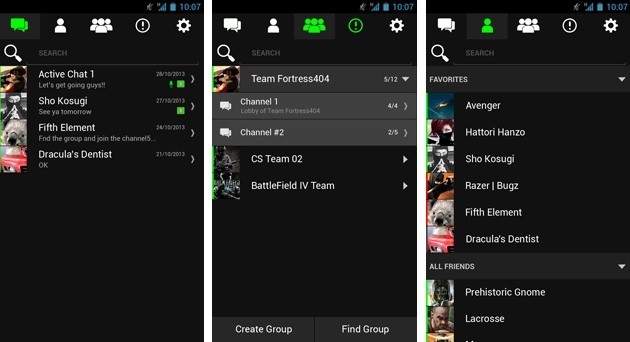 Private messages also make an appearance, which is yet another nice addition to the app. Comms for Android will also let you respond to SMS at your desk, as well as turn down calls through its Windows version, too. You can grab Razer Comms for Android from the Google Play Store, but if you're on an iOS device, you'll have to wait until early 2014 to get your mitts on Razer's mobile app.