With just over one month since the release of Android 4.4 KitKat, Google is wasting no time on pushing out updates. Today the company began to officially push out Android 4.4.1 and 4.4.2 updates to its Nexus Devices. Google says that depending on which device you own, you may receive 4.4.1 or 4.4.2. 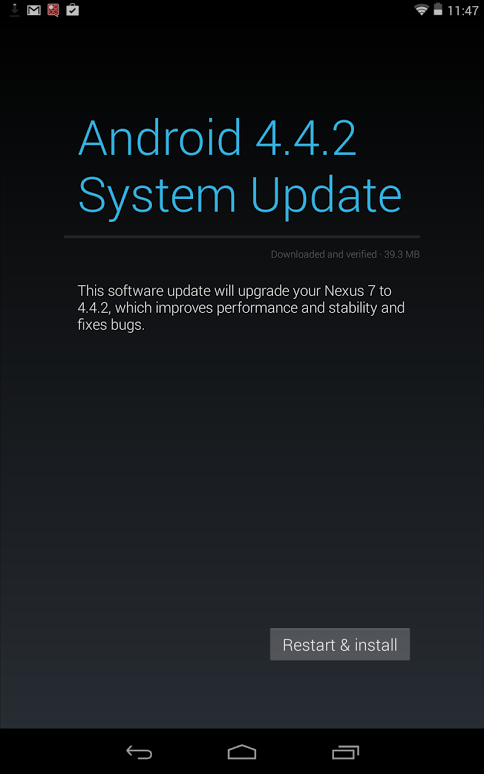 My 2012 version of the Nexus 7 received the 4.4.2 update this morning, as it had already received the 4.4.1 earlier in the week. 4.4.1 is the major update that fixes many of the biggest issues experienced by users, while 4.4.2 fixes other issues that have arisen since the 4.4.1 update was conceived. The ability to mirror your Android device's screen to a Chromecast has also been added, but the functionality has been disabled until Google finalizes work on the API. It is said to be coming soon and Google will unlock it at that time.