Today Codeacademy launched a new app for iOS users that allows them to continue their coding education even when on the go. The new app features lessons that are designed to take less than an hour each to complete and gradually teach the users the basics of coding. 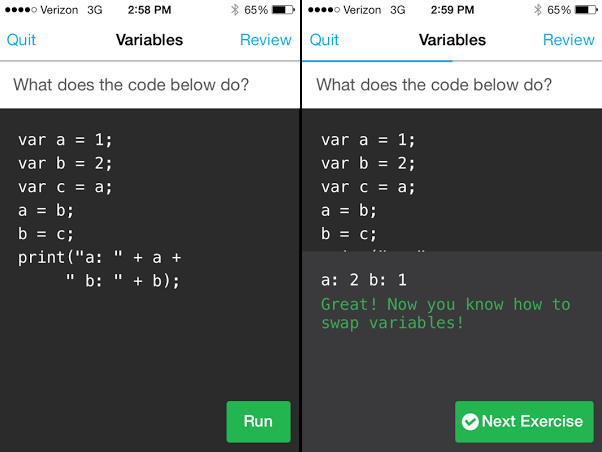 Codeacademy timed the launch with Computer Science Education week, and hopes that the app can play a role in helping 10 million students to participate in one hour of coding. At the moment the app only features one lesson, but the company's CEO says that it will eventually become a stand-along code learning platform much like its website is now. No word was mentioned on when we might see an Android version of the app released.