If some results on Browsermark are anything to go by, and they usually are, it looks like an early build of the Galaxy S5 has just been spotted. It turned up on Browsermark in position 3, to only be beaten by Apple's iPhone 5S, and Samsung's Galaxy Note 3. 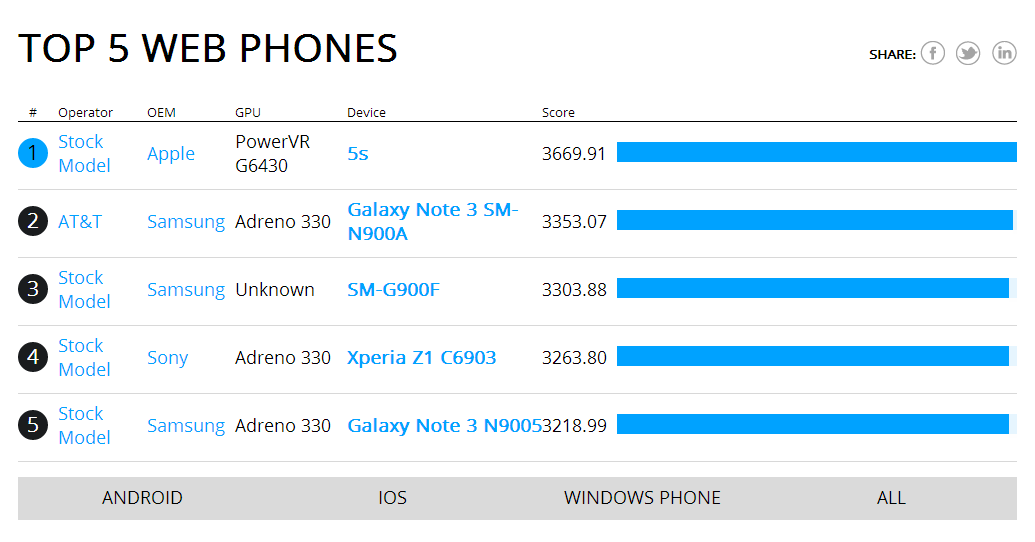 But, there is one big difference: the device that is now number 3 on Browsermark, is the Samsung SM-G900F, which was running Chrome 28. Chrome 28 is four months old, so if it were running the latest Chrome 31, we might have a new speed champion with the Galaxy S5. We shouldn't expect anything less from the Galaxy S5, which should be unveiled in the first few months of the new year.