Today Nokia unveiled a new Bluetooth headset line that has been color coded to match the company's Lumia line of Windows-based smartphones. Roughly the size of an iPod Shuffle, the new BH-121 is features a built-in 3.5mm headphones jack so you can use your preferred pair of headphones if you chose. 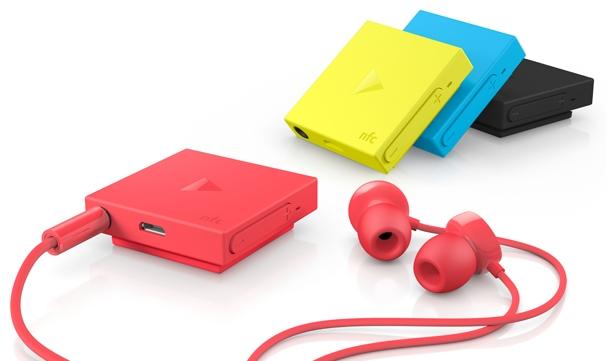 The new headset module features NFC pairing when used with Nokia Lumia phones, and for models that do not utilize NFC technology, paring can be done manually through the usual Bluetooth pairing methods. The BH-121 will arrive in January of 2014 and will retail at a pricing point of $53.50 from Nokia, and its retailers.