Microsoft, Nintendo and Sony would like you to believe that PC Gaming is dead and the only way to have a good experience with next-gen games is to purchase a console, but new figures in from over the weekend proves that PC gaming is here to stay. Website VG247.com says that yesterday, Valve broke a new record for concurrent users on its Steam platform. 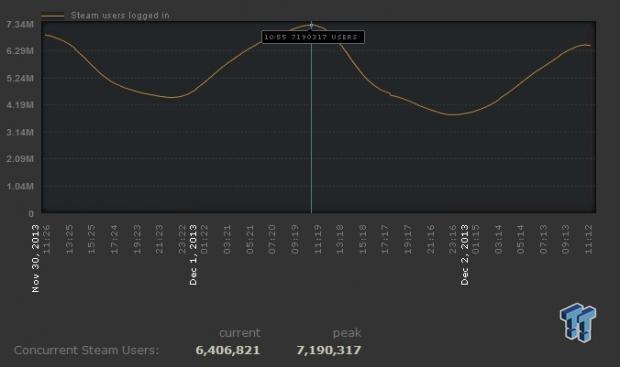 Around 11AM on Sunday, December 1st Steam saw over 7 million concurrent users on the service all gaming at the same time. This represents a new record for Valve, and is more than 400,000 users larger than its previous record which was set this past January. Dota 2 was the most popular title with more than 542,000 users playing at once, while Counter Strike: Global Offensive came in second with 93,905 users playing at the same time. Skyrim, Civilization V, and Football Manager 2013 round out the top five.