While most Americans will be hitting up those Cyber Monday sales, China will be launching a rover to the moon. 3:30am on Sunday morning, a rocket carrying "Jade Rabbit" will take off, headed to the moon. 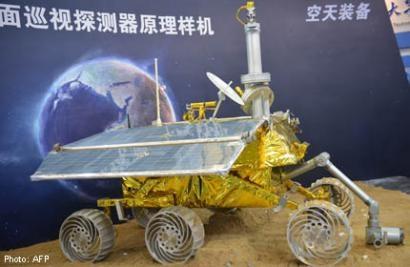 State broadcaster CCTV, took to Twitter, saying: "The Chang'e 3 is set to be launched for its moon mission from the Xichang Satellite Launch Center on Dec. 2." If the mission is successful, it will be a massive win for China, which hopes to have a permanent space station by 2020, and will eventually send a man to the moon.

All eyes are on China as we shift into the new week.