The Xbox One is slower than the PS4 in terms of raw performance, but this looks like it could be intentional, with Microsoft stating that the Xbox One development kits featuring 14 AMD Graphics Core Next Compute Units, with two of these CUs disabled. 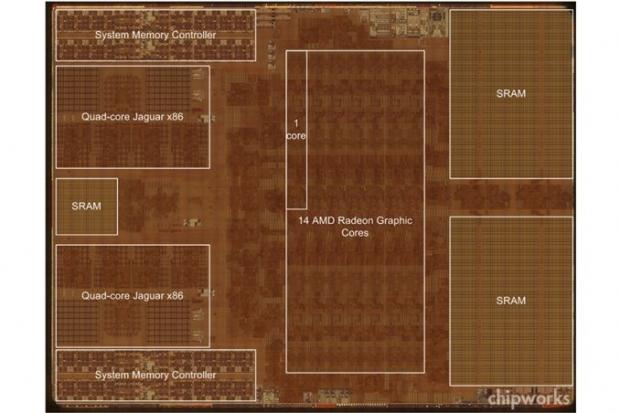 Microsoft has said that the benefits to running just 12 CUs (786 cores) clocked at 852MHz versus 14 CUs (896 cores) clocked at 800MHz. This allows the Xbox One to run cooler, and keeps the yield rates much higher. We should expect Microsoft to enable the additional two CUs, which I think we'll see in a refresh of the console a couple of years from now.