Garry's Mod is a runaway success, with the pun intended for the picture below, with over 3.5 million copies sold, and rising. It is doubling its sales every year, which is impressive to say the least. 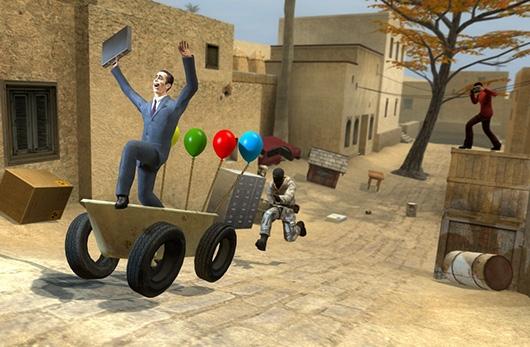 The man behind the mod, Garry Newman, attributes the success of Garry's Mod to the increasing popularity of Steam, user-generated content, and additions in titles like Team Fortress 2, as well as the video game-based footage on YouTube, and the like. For a $10 Steam title, it has pulled in over $22 million in sales since its release.