Today Solidoodle launched its fourth generation 3D printer, the Solidoodle 4. This fourth installment into the Solidoodle lineup features an all new look and is much more sleek than the previous generations thanks to a new black enclosure. The printer appears to feature most of the same mechanics with some tweaks here and there. 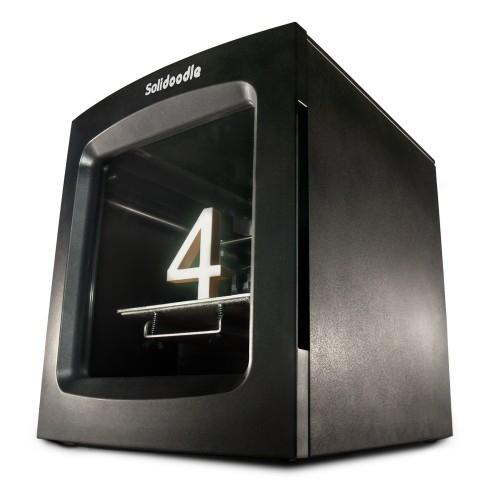 The big difference however is the Solidoodle 4's new print capacity. The build area is now 8x8x8-inches cubed, and bed leveling now appears to be much easier thanks to some springs under its mounting points. Not much information was released about the new printer, but I have reached out to the company and hope to land a review of the device soon!