Elon Musk has had a rough few weeks with the media frenzy over his company's flagship Model S electric vehicle catching fire after collisions with roadway debris, but some good news has arisen for the billionaire entrepreneur. Musk has been chosen as Fortune Magazine's Businessperson of the Year. 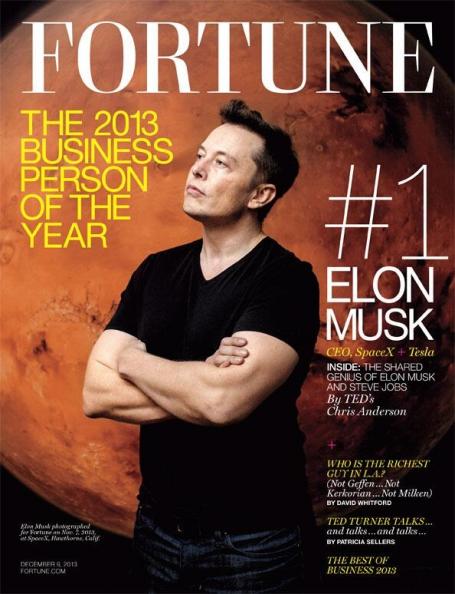 Musk not only own Tesla Motors, but he is also the owner and founder of the private space travel company Space X, and is the largest shareholder of SolarCity. Musk made his fortune when he sold PayPal to online auction giant, Ebay, and unlike other billionaires, he has invested not only his money, but his time into technological company's that are aimed at changing the world for the better. Bloomberg list Musk as being worth $7.7 billion which is far off from Mark Zuckerberg's $19 billion, but wealth does little to earn the title, and it is his his personality, audacity and tenacity that landed him the top spot.