Today Google released an update for its Translate app for Android that brings forth a newly redesigned user interface as well as a few new features I am sure we all will appreciate. The new UI is much cleaner and more modern looking, and brings everything more inline with the current theme of other Google apps. 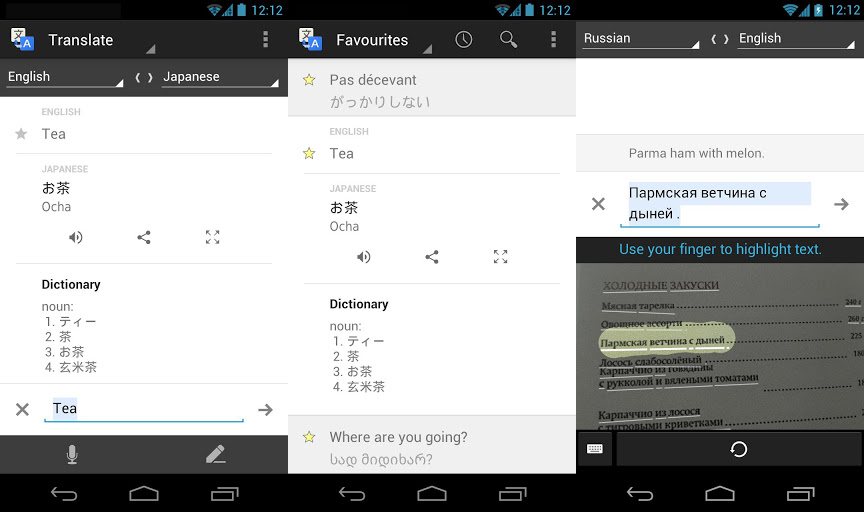 The app now also features support for Hebrew, Greek, Javanese, and Esperanto. Users can switch languages by simply tilting their device, and loading new screens by tapping the microphone. The app can also use your built-in camera to decipher text in Malay, and Ukrainian, as well as a wealth of other languages. Google has also fixed a few bugs and tweaked the app for better performance and after a quick test on my HTC One, I can say that the app does feel much faster now.