A touchscreen display at a Verizon concept unveiling at the Mall of America accidently leaked the pricing of the HTC One Max. This was discovered by Nick Grey from HTC Source. It also looks like the Verizon version of the HTC One Max has "Verizon" stamped on the bottom as opposed to the HTC logo that is supposed to be there. An official release date is still yet to be announced from Verizon but it will be sometime in the holiday season. Although, it's rumored to be at Verizon stores on November 21st. 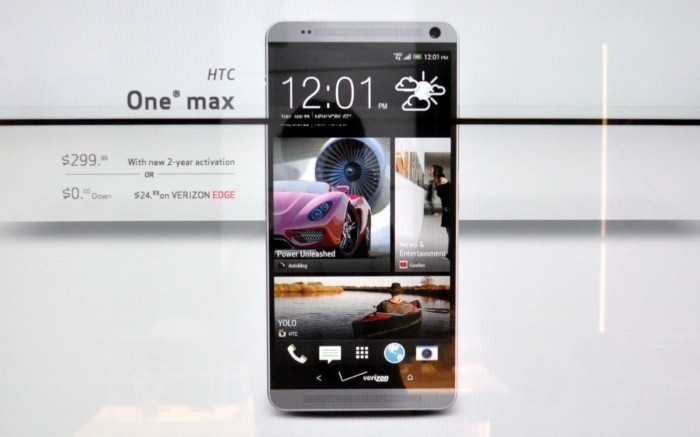 Sprint is already offering the HTC One Max for $250 in-store or $150 online, with the original HTC logo on the bottom. The HTC One Max will $299.99 with a two-year contract or if you go with Verizon's EDGE plan $24.99 a month. Nick Grey of HTC Source took a photo of the display that leaked the info.