The Xbox One launches on Friday, with launch-day gamers getting to experience a full, proper, dedicated YouTube app. Microsoft and YouTube announced the news today. 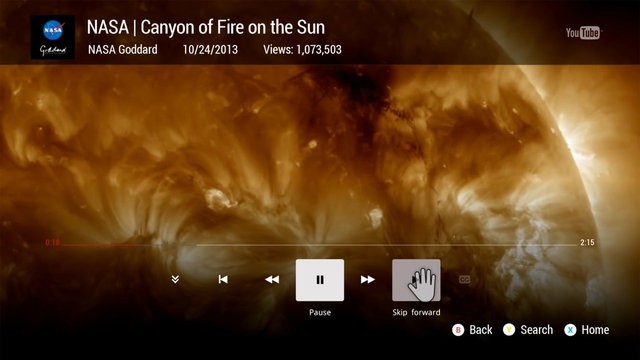 Better yet, the Xbox One version of the YouTube app will include both voice, and gesture controls, which will let users watch and scroll through videos, as well as channel subscriptions. On top of the voice and gesture controls, Kinect-based voice commands will be at play, with users starting the voice control by saying "YouTube" and then "pause," "play" and "fast forward."