It's turning into a good night in the Secret Bunker away from the Secret Bunker. After some surprisingly early pics and even a few benchmarks, we now have the first picture of a SF3700 in M.2 form factor. 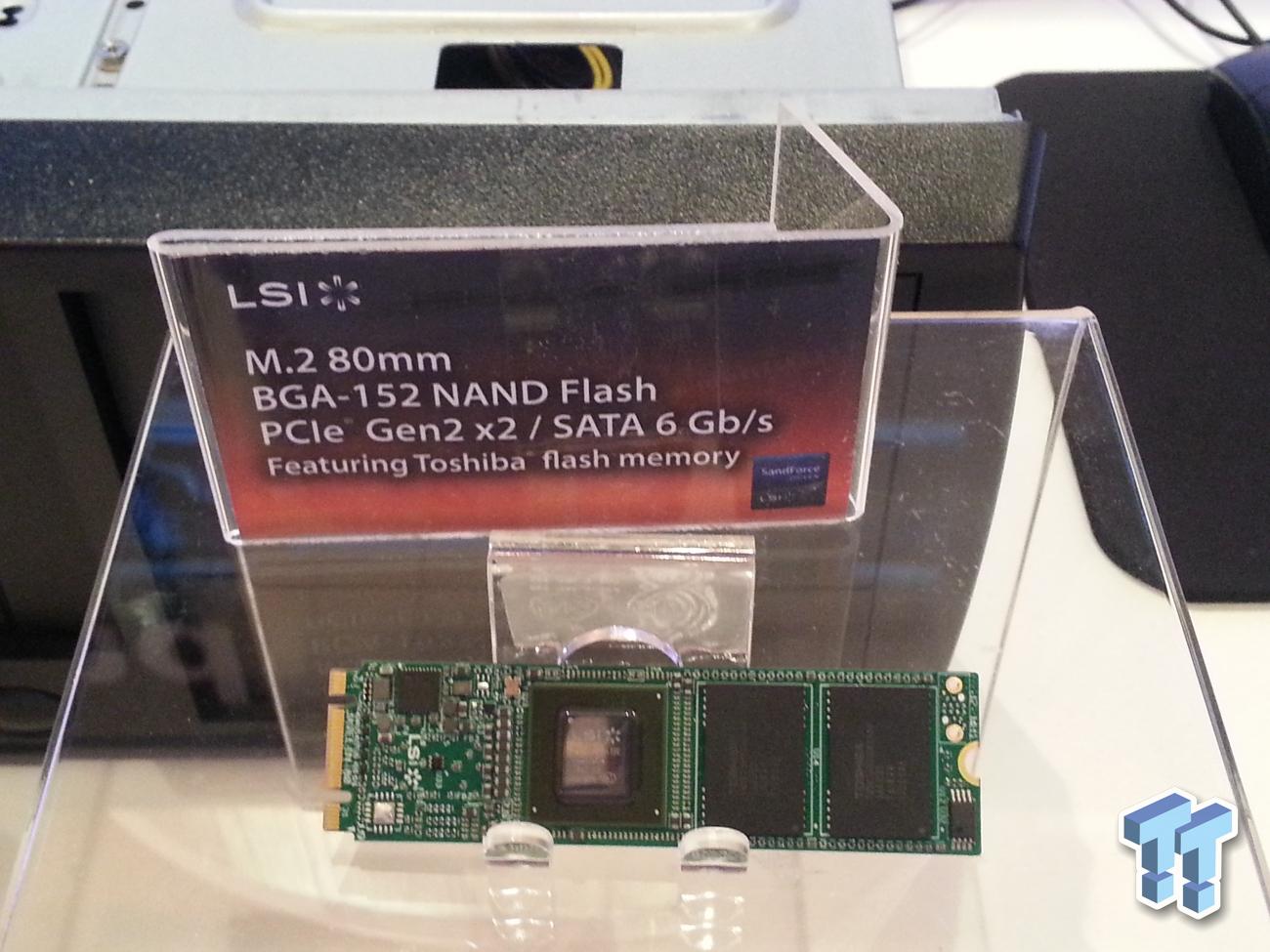 M.2 is the official name for this form factor and 2280 can run both SATA and PCIe specs depending how the host interface is configured. LSI tells us SF3700 is optimized for low power consumption, up to 1800 MB/s and 150K IOPS performance. Officially the time frame is broad, 2014 but will these exciting new models come in the first or second half is what we want to know for sure.