Today Microsoft began rolling out its new Xbox One compatible SmartGlass app for Windows Phones. While most of the existing SmartGlass App features are present, there are just as many new Xbox One exclusive features in the new app. Xbox One users can now control which apps they snap to the Xbox One screen directly from their Windows Phone. 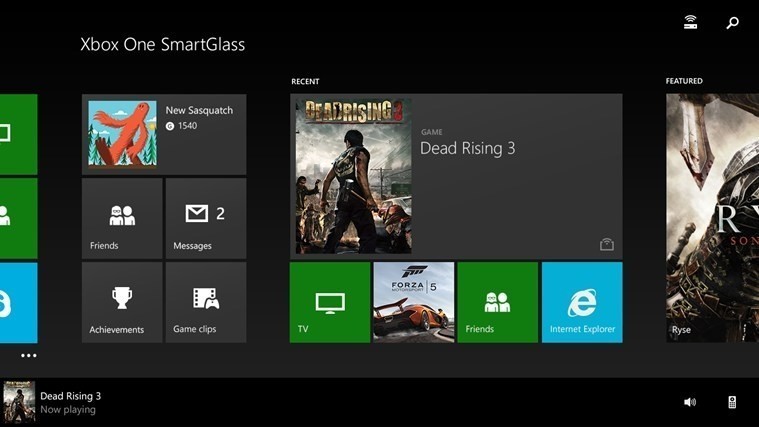 Additionally, new features such as the Xbox Live activity feed, a new menu section, and even a home section that lets you quickly access pins is available. A new setting in the app will also allow users to prevent their phone from locking while the app is open, thus preventing the phones screen from going dark while gaming and using your phone as an accessory. Microsoft did not elaborate as to why they chose to release a separate Xbox One version of the app, but I suspect it is due to API incompatibilities.