Seemingly out of nowhere, Microsoft has released a 3D printing application for Windows 8.1 called 3D Builder. There's some steep requirements, though, where you'll need both Windows 8.1, and a Windows 8.1-capable 3D printer. 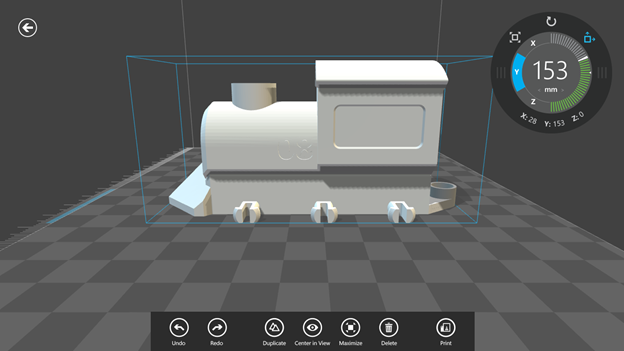 But, once you're through those hoops, it's a cool app, thanks to Windows 8.1 being designed to support 3D printing, and now with the help of 3D Builder, it should get some more adoption for the OS. MakerBot will support Windows 8.1 shortly, which should help shuffle things along. The application itself will help you design, which is the hardest part of the 3D printing process.

Since Microsoft are pretty much on the ground level with 3D printing, versus say Google and Apple, could we see some early dominance, which will turn into future control of 3D printing? It would be nice to see ground level support for 3D printing from a giant like Microsoft, wouldn't it? As much as people dislike the company, it could do great things for the world of 3D printing.