The next-gen consoles are really taking up our lives right now, with South Park jumping on board in its latest episode. The episode uses a Game of Thrones-style battle, where they beat other customers to great Black Friday deals.

The kids obviously want the next-gen consoles, so the PS4 vs. Xbox One battle begins. Better yet, the kids are all wearing the outfits that they'll be wearing in South Park: The Stick of Truth, with the episode taking the time to take a stab at the fact that the game was delayed - a nice touch. The episode ends on a cliffhanger, which is great as Black Friday is getting closer and closer, and so is the Xbox One. 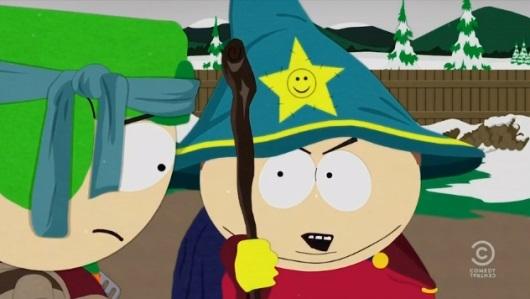 I've just watched the episode, and it really pushes the differences between the consoles, with the kids arguing the points between the Xbox One and PS4. Cartman even says "let these Sony f**** wallow in their limited voice control functionality". Some classic Cartman right there!