Intel have something exciting for 2014, and that's the new Z97 platform, which is going to be the new high-end, Haswell-E platform. Well, the Z97 chipset will reportedly not feature the new SATA Express standard, which is a disappointment. 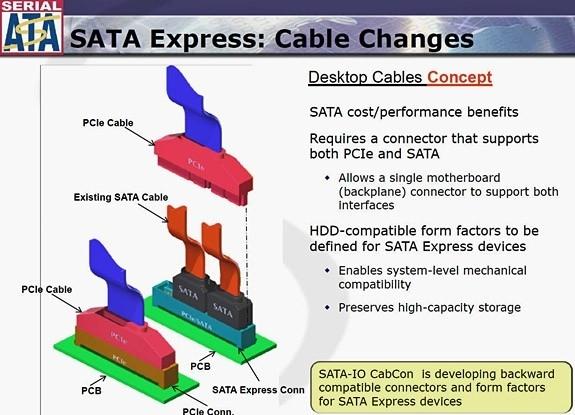 SATA Express is part of the new Serial ATA 3.2 standard, which will feature new connectors that are backwards compatible, as well as some nifty PCIe-based SATA Express devices. SATA Express is expected to provide a choice of AHCI or NVM Express host interfaces, which should pump more speed through its already fast pipes.