The people at iFixit have already taken the new Retina iPad mini apart. The new iPad mini with Retina now has a large duel cell 6471 mAh 24.3 Whr battery as opposed to the old iPad mini which contained a 4490 mAh 16.3 Whr battery, which is a nice upgrade. It also contains the same A7 processor as the iPhone 5s and not the more powerful one that is in the iPad Air. 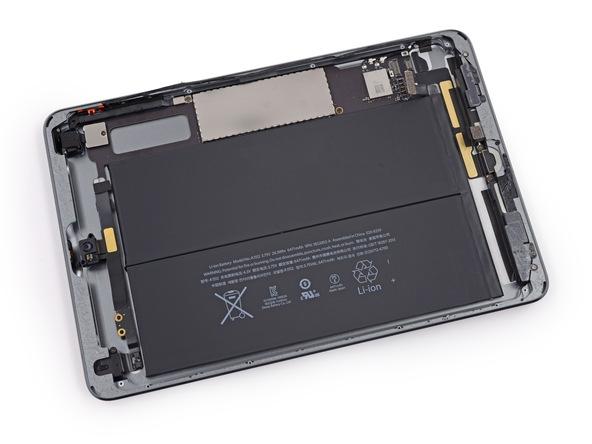 iFixit says the device contains a lot of adhesive and rate it a two out of ten from a repairing point of view. Although they have made the battery larger Apple says the device is still in the 10 hour use range. This is more than likely because of the new 2048 x 1536 Retina screen.