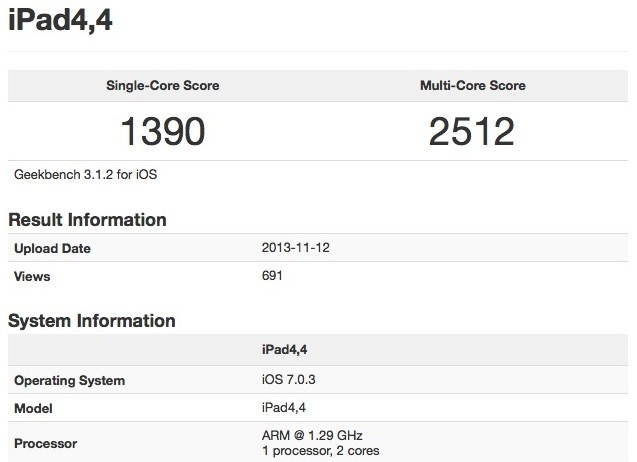 Some Geekbench 3 benchmarks have shown that the new Retina iPad mini is running at 1.3GHz, just like the iPhone 5S. The iPad Air, on the other hand, is clocking in at 1.4GHz, which gives it a slightly better score. The Retina-based iPad mini scores 1390 in Geekbench with the single-core test, and 2512 on the multi-core test. These results are similar to those of the iPhone 5S, which scores 1399/2523, and lower than the iPad Air, which pushed 1466/2856.