Panono is spherical camera that you toss up into the air and which takes 360-degree panoramic photos. It consists of 36 cameras that simultaneously take a fully spherical photo at 72 megapixels. When you toss it up in the air the accelerometer will calculate the highest point and snap the photo. Other than throwing it in the air you can also press a button on it or even put it on pole and hold it up to snap a photo. The Panono will send a preview to your smartphone or tablet from there you can share it. It also contains its own memory and will store about 400 panoramas when used without your smartphone or tablet. Panono connects through Wi-Fi or Bluetooth and is rechargeable with a USB port. 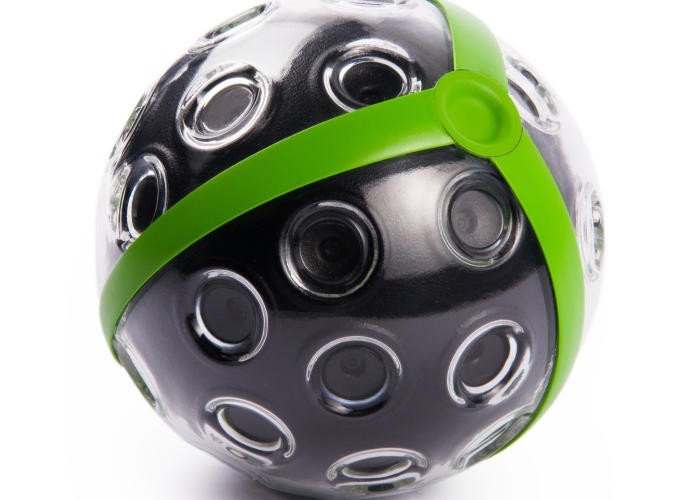 A few years ago Jonas Pfeil decided to change travel photography by creating a device that can take panoramic photos for you without having to stitch the photos together yourself. A couple years ago Jonas Pfeil made a prototype and got a lot of people's attention. Today they have started a campaign on Indiegogo to reach $900,000 to make production. A $549 pledge will reserve you a Panono.