With just a couple of days left until Motorola unveils the all new Moto G Android-based smartphone, Amazon.co.uk has accidentally leaked the phone's specs and pricing. Amazon somehow managed to list the device for same under its model number of DVX/XT1032, and features like "Sharpest 4.5 HD Screen," and "All day quad-core speed." 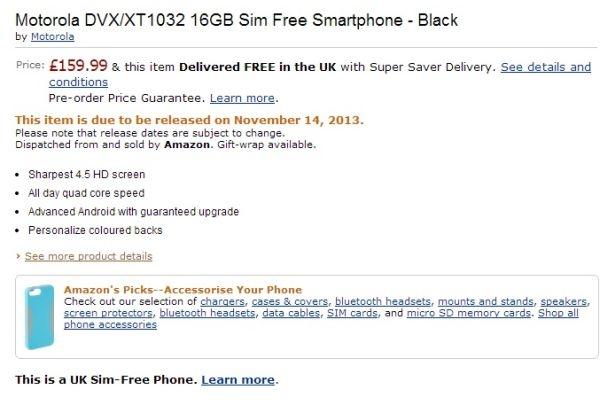 If the listing is real, then we will see the Motorola Moto G 16GB smartphone retail for just $200-$257 stateside, and that includes Android 4.4, and a custom design made with the MotoMaker. While the Moto G may not be the most powerful phone out there, it will definitely be one of the shining gems in the Android lineup for 2014.