Shortly after Google announced it's new Nexus 5 smartphone this morning, the company unveiled the latest version of Android, version 4.4 KitKat. Unlike the 4.3 update we saw earlier this year, Android 4.4 is much more than a minor update, and ushers in some features that many have been requesting for some time now. 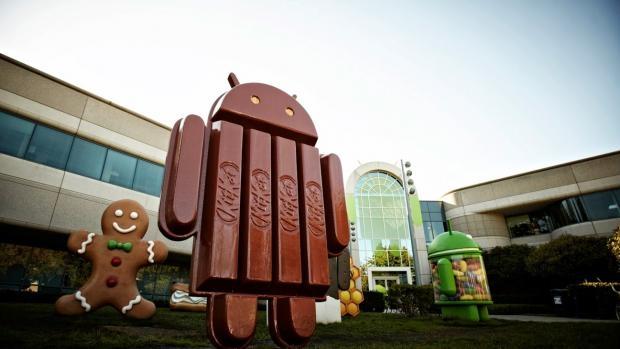 The first major change that one might notice is that the notification bar is now translucent, and when full screen in an app, the bar disappears entirely which is part of what Google is calling "Immersive Mode." This new mode hides everything on the screen except what the user wants to focus on. Furthermore, the overall look and feel of KitKat is akin to that of Jellybean, but it appears to be slightly more refined.

Google is also now making calling easier than ever by helping you search across your contacts, nearby places, or even Google Apps accounts (like your company's directory), directly from within the app. Furthermore, the new Hangouts App for KitKat merges your SMS and MMS messages together to a single screen in which you can receive Google Hangout messages and Video calls.

Additionally, Google has now trimmed down the memory requirements for Android and 4.4 KitKat is able to run on lower-end handsets with as little RAM as 512MB. Google says that not only Android, but the Chrome and YouTube apps have also been optimized for 4.4 and use as little RAM as possible. This is great news for lower-end devices that have never really been able to benefit from cutting-edge Android updates.