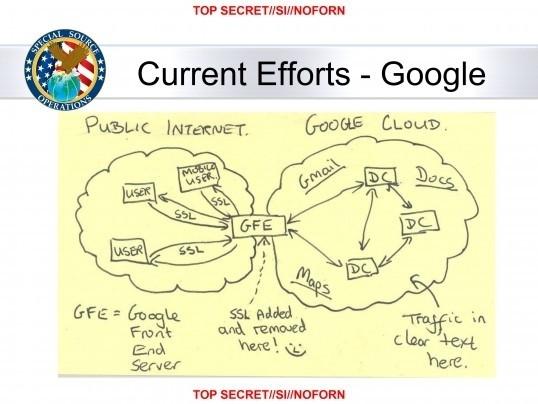 A documented dating back to January 9, 2013 says that the NSA captured millions of records from the search giants each and every day, sending them to NSA data warehouses. Within a 30-day period, over 180 million records were collected, all of which included metadata, text communications, audio and video, too.

The Washington Post did say that the NSA doesn't keep everything, which should help you sleep at night (so much sarcasm intended). Both search giants maintain multiple data centers around the world for redundancy reasons, with data shared between the data centers all the time. Google has said that it was not aware of the NSA activity, with a Yahoo spokesperson saying that it has strict controls in place to protect the security of their data centers, and that it has not given the NSA or anyone else access to their data centers.

Then we have General Keith Alexander, the director of the NSA, who says that the US spy agency does not have access to Google or Yahoo servers. Now, he may not be lying - but they might have access to the communications link between them, which is what the NSA whistleblower has now revealed. All this spying, and not an ounce of protection of our data from anyone in a position of power.