DICE has just released a new trailer for the highly anticipated Battlefield 4 which is set to launch one week from today on October 29th. The new trailer reveals more of the single player mode and alludes to some deep personal conflicts from NPCs within the game. The trailer takes place on the USS Valkyrie, an aircraft carrier which has been abandoned in the Pacific after the destruction of the US Naval Command.

Your objective is to fight on land and sea to save the ship from enemies who wish to take it over. The mission eventually lands you in Shanghai, China, where you begin to second guess a new Chinese-American member of the squad. In what can only be taken as a direct shot at the upcoming Call of Duty: Ghost game, the trailer prominently features a scene where a soldier punches a dog directly in the face. The hardcore Battlefield fan inside of me had a quick chuckle at that one. 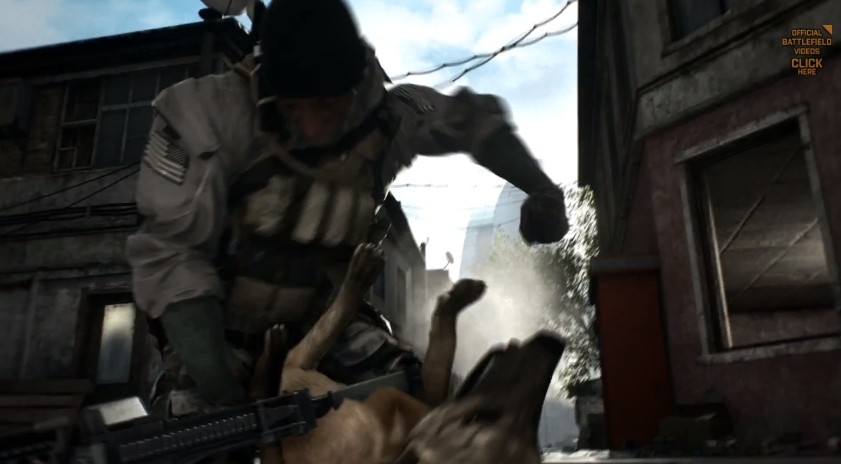