Today Apple officially announced the next generation of the iPad. Known as the iPad Air, this new device is very similar in styling to the iPad Mini we saw unveiled this time last year. The major difference is that the iPad Air is thinner, lighter and features a much smaller bezel than previous models. 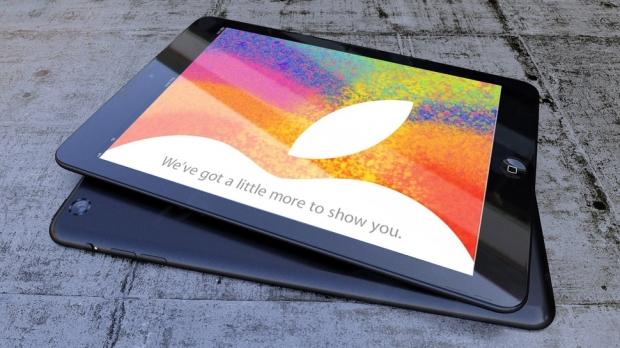 Featuring the all new 64-bit Apple A7 processor, and the M7 motion processor, the iPad Air is said to be 8-times faster than the iPad Mini and 72-times the graphics performance of its predecessors. A 5-megapixel iSight rear camera, and Facetime HD front facing camera handle the imaging duties while its high-capacity battery provides up to 10 hours of continuous use.

Apple has managed to deliver twice the Wi-Fi bandwidth thanks to a new MiMo 802.11n radio, but had curiously left out support for the new 802.11ac Wi-Fi protocol. As I mentioned earlier, the new iPad Air is much thinner and lighter than previous models, and weighs just 1-pound while measuring a mere 7.5mm thick. The iPad Air will ship in silver, white, space grey and black colors and will retail at a pricing point of $499 for the Wi-Fi version and an LTE model will run $629.