Humble Bundle has just launched another weekly sale, and as always, it offers donors a tremendous value while being able to support both the developer and charity. This week, nine titles from developer Nordic Games are being featured for a minimum donation of $6. 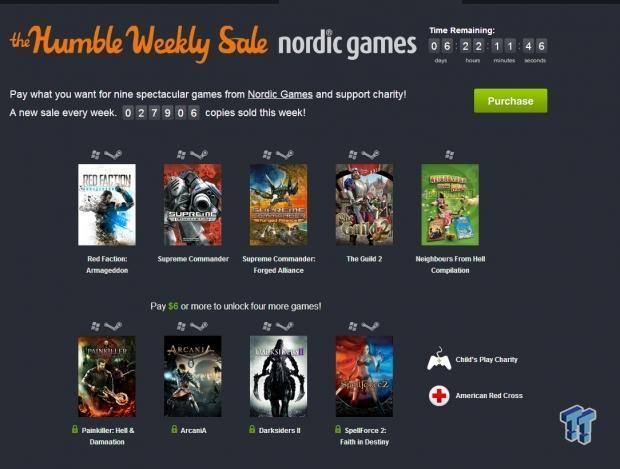 If $6 is too much, the Weekly Sale is offering Steam keys for Red Faction: Armageddon, Supreme Commander, Supreme Commander: Forged Alliance and The Guild 2 to those who pay just $1. A payment of $6 or more will land you the additional titles of ArcaniA, Darksiders II, Painkiller: Hell & Damnation and SpellForce 2: Faith in Destiny. With the ability to adjust how much the charity, developer, and Humble Bundle receive, this is an amazing deal! I picked up my bundle as soon as it released and you should too!