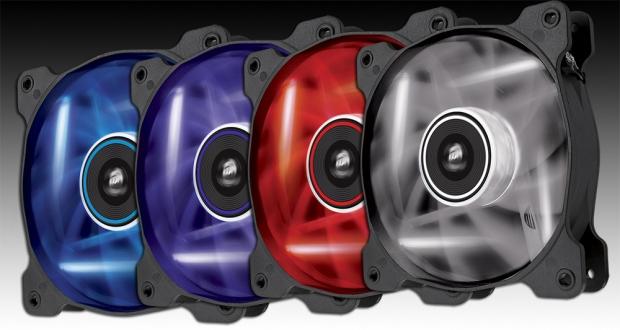 Corsair says that these new fans are the only LED equipped fans to utilize the company's award-winning AF series impeller that produces higher airflow at lower noise levels than the competition. The fans have been designed using custom molded, ultra-thin, clear frosted blades that shine bright when illuminated by the four built-in high-intensity LEDs. The fans truly shine while still maintaining the superior performance level Corsair is known for. 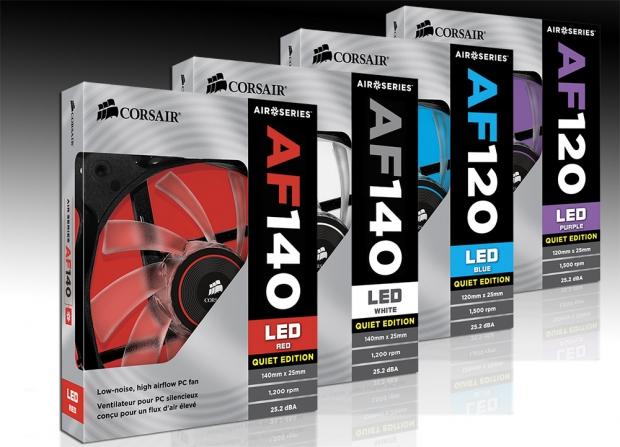 The new Air Series LED fans are available in Red, White, Blue, and Purple and come in 120mm and 140mm sizes. Prices range from $12.99 for a single 120mm unit up to $23.99 for a dual pack. Single 140mm fans will retail for $15.99 MSRP. Corsair says that the new fans are available immediately at all major retail partners.