AMD GPU14 - Today during the keynote at the GPU14 conference, AMD's Matt Skinner announced that the company has developed a new VESA standard that will automatically stitch 4K monitors together for a more high-end multiple monitor experience. 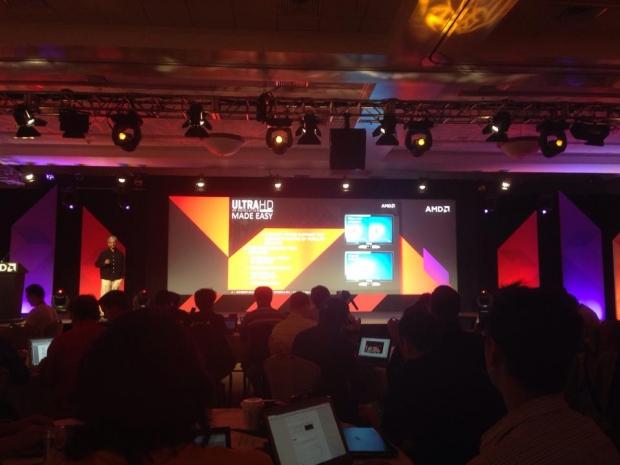