Microsoft's early morning announcement of its pending acquisition of Nokia has the entire tech world talking this morning, with many speculating about what the future may hold for both companies. Shortly after the official announcement, Microsoft CEO Steve Ballmer issued a statement to Microsoft employees in the form of a company-wide memo. 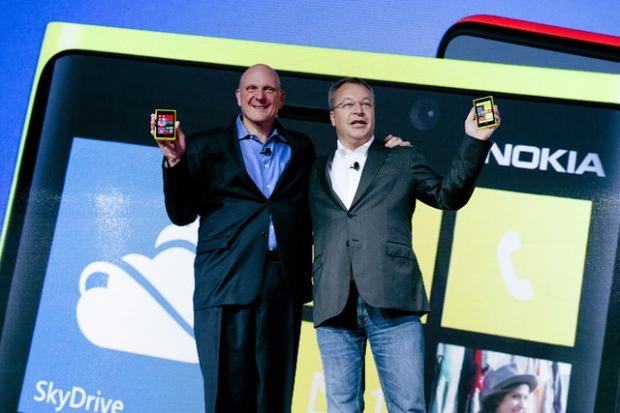 The memo mentions that the partnership between Microsoft and Nokia over the last two years has yielded some incredible work and cites the recently released Lumia 1020 41-megapixel Windows Phone as its greatest achievement. Ballmer says that he believes that now is the time for Microsoft to build on this momentum and capitalize on Windows Phone's growing popularity on the Lumia platform.

He goes on to say that Microsoft's acquisition of Nokia is a good deal for both companies in that Microsoft is on the receiving end of some incredible talent, technology, and intellectual property. In an article I posted earlier this morning, Ballmer alluded to the fact that he feels that Microsoft can take the Lumia line of smartphones to an entirely new level that was unachievable with Nokia. I have pasted the full memo below in the event you would like to read it.

We announced some exciting news today: We have entered into an agreement to purchase Nokia's Devices & Services business, which includes their smartphone and mobile phone businesses, their award-winning design team, manufacturing and assembly facilities around the world, and teams devoted to operations, sales, marketing and support.

For Microsoft, this is a bold step into the future and the next big phase of the transformation we announced on July 11.

We are very excited about the proposal to bring the best mobile device efforts of Microsoft and Nokia together. Our Windows Phone partnership over the past two and half years has yielded incredible work - the stunning Lumia 1020 is a great example. Our partnership has also yielded incredible growth. In fact, Nokia Windows Phones are the fastest-growing phones in the smartphone market.

Now is the time to build on this momentum and accelerate our share and profits in phones. Clearly, greater success with phones will strengthen the overall opportunity for us and our partners to deliver on our strategy to create a family of devices and services for individuals and businesses that empower people around the globe at home, at work and on the go, for the activities they value most.

We have laid out Microsoft's strategic rationale for this transaction in a presentation that I encourage you to read.

This is a smart acquisition for Microsoft, and a good deal for both companies. We are receiving incredible talent, technology and IP. We've all seen the amazing work that Nokia and Microsoft have done together.

Given our long partnership with Nokia and the many key Nokia leaders that are joining Microsoft, we expect a smooth transition and great execution.

As is always the case with an acquisition, the first priority is to keep driving through close, which we expect in the first quarter of 2014, following approval by Nokia's shareholders, regulatory approvals, and other closing conditions.

But I also know people will have some questions about what happens post-close. While details aren't final, here is what we know, and how we're generally approaching integration:

1. Stephen Elop will be coming back to Microsoft, and he will lead an expanded Devices team, which includes all of our current Devices and Studios work and most of the teams coming over from Nokia, reporting to me.

2. Julie Larson-Green will continue to run the Devices and Studios team, and will be focused on the big launches this fall including Xbox One and our Surface enhancements. Julie will be joining Stephen's team once the acquisition closes, and will work with him to shape the new organization.

3. As part of the acquisition, a number of key engineering leaders will be joining Microsoft from Nokia, reporting to Stephen in his new capacity:

* Jo Harlow, who will continue to lead the Smart Devices team

* Timo Toikkanen, who will continue to lead the Mobile Phones team

* Stefan Pannenbecker, who will lead Design

* Juha Putkiranta, who will lead the integration effort on Nokia's behalf

4. Regarding the sales team, we plan to keep the Nokia field team, led by Chris Weber, intact and as the nexus of the devices sales effort, so that we can continue to build sales momentum. After the deal closes, Chris and his team will be placed under Kevin Turner. We will develop a single integrated team that is selling to operators, and there may be other integration opportunities that we can pursue. Kevin will work with Chris Weber and Chris Capossela to make those plans.

5. Our operating system team under Terry Myerson will continue unchanged, with a mission of supporting both first-party and third-party hardware innovation. We are committed to working with partners, helping them build great products and great businesses on our platform, and we believe this deal will increase our partner value proposition over time. The established rhythms and ways of working between Terry and his team and the incoming Nokia team will serve us well to ensure that we do not disrupt our building momentum.

6. We are planning to integrate all global marketing under Tami Reller and Mark Penn. It is very important that we pursue a unified brand and advertising strategy as soon as possible.

7. Finance, Legal, HR, Communications, DX / Evangelism, Customer Care and Business Development will integrate functionally at Microsoft. Sourcing, customer logistics and supply chain will be part of Stephen's Devices organization. ICM / IT will also integrate functionally for traditional IT roles. We will need to work through the implications for factory systems given the differing manufacturing processes and systems at both Nokia and Microsoft.

8. We plan to pursue a single set of supporting services for our devices, and we will figure out how to combine the great Nokia efforts into our Microsoft services as we go through the integration process.

9. There are no significant plans to shift where work is done in the world as we integrate, so we expect the Nokia teams to stay largely in place, geographically.

10. Tom Gibbons will lead the integration work for Microsoft. While today's announcement is big news, we have to stay heavily focused on running the current business. We have a huge fall and holiday season ahead of us, so we need to execute flawlessly and continue to drive our business forward. I have no doubt we will.