Saints Row IV has been out for just one week, and it has already sold over one million copies. Its publisher, Deep Silver, announced the news, taking some time within the announcement to also unveil its working on new DLC for the game. 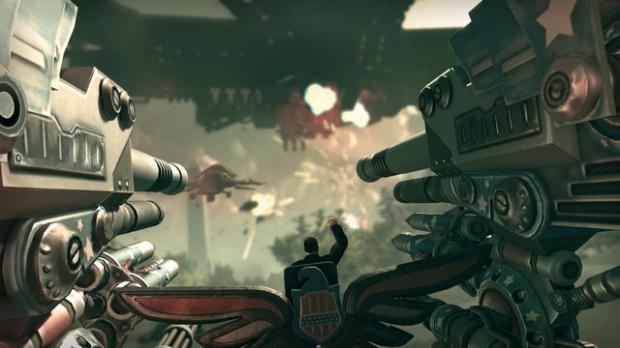 The Presidential Pack, which includes face masks of US presidents Washington, Lincoln, Obama and George W. Bush, was exclusive to GameStop pre-orders, but can now be purchased for $2.99 on all platforms. The Grass Roots Pack, which is described as a "culturally-sensitive pack inspired by America's more remote citizenry" includes the Plunger Launcher weapon, two new outfits, and a "fancy truck, complete with a pink flamingo." This is available now on the PS3 and Steam for $2.99, and will reach the Xbox 360 sometime today.

Klemens Kundratitz, CEO of Volition and Deep Silver's parent company Koch Media said: "We are incredibly happy of the reception for Saints Row 4 as a critical and now a commercial success. The development team at Volition is second-to-none as a driving creative force in the entertainment industry and we are very proud to have them as part of the Deep Silver family."