Philips is set to launch a new 65-inch 4K ultra high definition television next month at the IFA 2013 show in Berlin, Germany. How do we know this? The company announced today that the new TV has already won an award from the EISA for best product of 2013-2014. 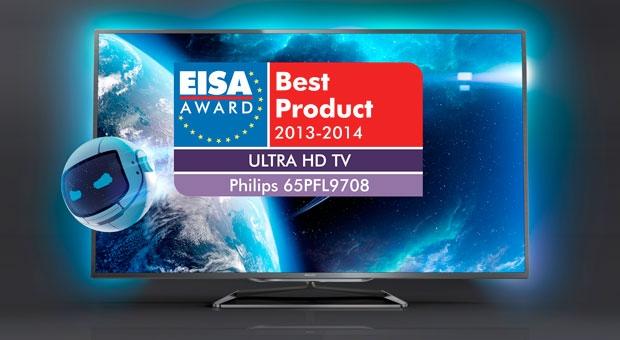 Phillips notes in the press release that the Ambilight XL hardware package will be offered at a significantly lower price point than the current Ultra HD smart TVs the company sells, which retail beginning at $7,000. The company did not, however, release any official numbers. We fully expect the TVs to retail in the $6000 range.