During the launch event for its new G2 smartphone, LG made no mention of the device featuring wireless charging. With that feature being such a hot ticket item these days, you would think that if their device included it, it would be one of the hot topics of discussion. Today, Verizon announced that its CDMA version will feature an "exclusive wireless charging feature." 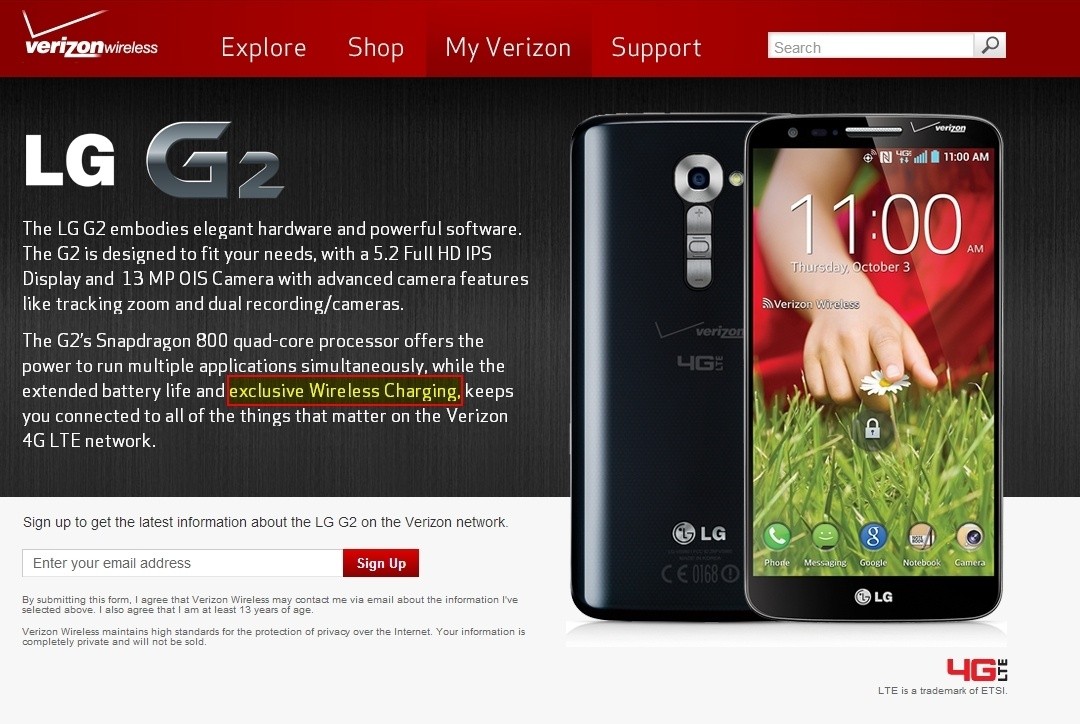 Also spotted in the Verizon G2 offering is what appears to be redesigned rear buttons that look a little more flat than the model that was debuted during the launch. So why would LG give Verizon exclusive rights to such a popular feature? With today's mobile networks getting better and better, companies like Verizon have to strike deals with handset manufacturers to bring exclusive features like this to their version of the phone in an effort to keep customers from jumping ship. Verizon most likely made some pretty big promises or shelled out a hefty sum for the exclusive rights to the wirelessly chargeable G2.